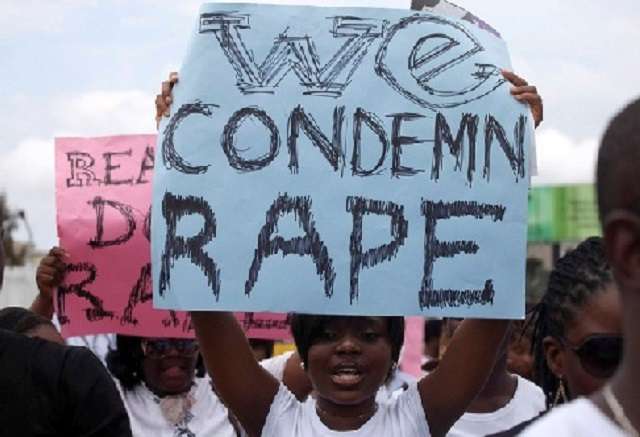 Fatherless and motherless children aid, FACADO Orphanage, has made an advocacy call against rape and incest, urging free treatment for rape victims in hospitals.

Founder and director of FACADO Orphanage, Ambassador Ngozi-Anih George, made the advocacy call during a press conference on “Advocacy against rape and Incest” yesterday at New-Karu, Nasarawa State.

Describing rape as a proven violent crime and a global pandemic, Ngozi-Anih expressed her pains at the disheartening experiences of the girl child especially in this period of rising cases of rape.

Meanwhile, she noted that the boy child is not excluded from the rape pandemic.

“Some little boys are raped and lured into Sexual activities by older female around them. The perpetrators may be domestic staffs, neighbours, or even relatives. And these boys never knew what is being done to them, until they get older.”

Also, Ngozi-Anih noted some major causes of rape and incest to include spiritual reasons, emotional imbalance, depression, lack of self control, lack of sex education, lack of confidence, effect of alcoholism, high cases of divorce. She also noted that the economic situation in the country also makes many parents and guardians send their young female wards out for Hawking, thereby exposing them to hazards including rape.

“What madness would inspire a man to have sexual relations with his daughter, worse still baby girl of even 3 years? This calls for intervention”.

She added that rape can have psychological, medical, emotion and physical effects on its victims, as some of them are even raped to death while others are raped and killed to avoid identification of the offenders.

In suggesting lasting solution to the rape pandemic and Incest, Ngozi-Anih said: “Security of our children is crucial at this point. This can be done through public education, enlightenment, which will enable the girl child to the dangers facing the female folk; precautionary measures to take such as reporting every sexual advances made to her early enough, proper dressing, not wearing sexually provocative dresses, avoiding privacy with the opposite sex, avoiding night movement in lonely areas, unnecessary nearness to make persons. Girls need to learn to set relationship boundaries”.

She urged that dehumanising punishment be served to rape offenders, as they could be served to walk naked in their street and a blacklisting register be opened in every local government, where every rapist or anyone found in incestuous activities is listed. She also urged mother’s to have confidence in their children and appropriately report cases of rape and molestation even when offenders are family members.

“Ensure rape cases are appropriately reported, investigated and prosecuted. Let there be speedy investigation and prosecution of offenders, with severe punishment which will stretch between life jail, castration and death.

One a final note, Ngozi-Anih appreciated the government on its efforts so far in managing the rape pandemic, and she advocated for  free treatment of rape victims in hospitals.

In her part, Convener of Business Minds Foundation, Ngozi Rowland-Onuegwunwoke encouraged women not to put their career before their families, as many women in the name of career has neglected their children to house helps.

All Rights Reserved By FACADO Orphanage

This is to inform the general public that “The Fatherless and Motherless Children Aid Organisation – FACADO Orphanage” currently located at Ado, Karu. Nasarawa State is a non-profit organization focused on her aim of incorporation and does not engage agents, privies, or third parties to reach out to the public on her behalf.

Do not deal with any individual or corporate body posing on behalf of the organization and trying to defraud you under the guise of child adoption, charity donations, employment, etc. For emphasis, we do not give out children for adoption.