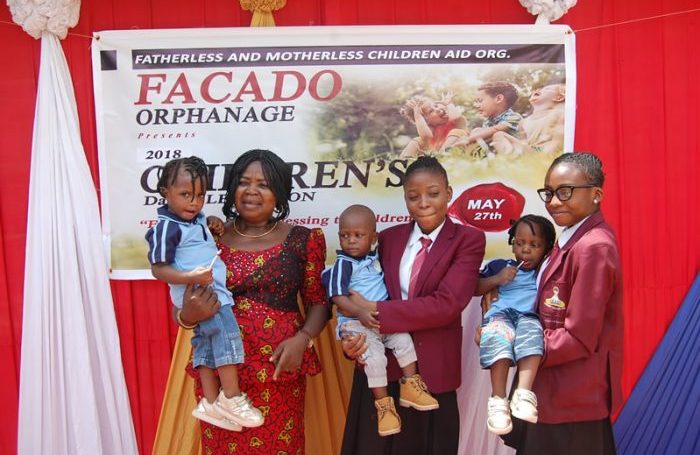 Saturday May 26, 2018 will go down in history as the Social Science Club of Cherryfield College embarked on another humanly touched excursion voyage. The destination was the Fatherless and Motherless Children Aid Organisation (FACADO), a charitable community based and non-governmental organisation shouldered with the responsibility of caring for the downtrodden in society. Interestingly, the excursion coincided with penultimate Children Day celebration.

As early as 8:00 am on this fateful day, the forty-three student members of the club, their three patrons and two Press Club members mandated to cover the visit assembled themselves at the administrative block and ready to take off in the school coastal bus to their destination. Before departing the school compound, the three patrons of the clubs, Mr Oche Ben, Mrs Akor Comfort and Mr Akawu Joshua, charged the students to be of good conduct as the image of the school is at stake during a special outing like this. They collectively prayed for God’s divine protection, as the school driver came handy to convey them to the all important excursion destination point. 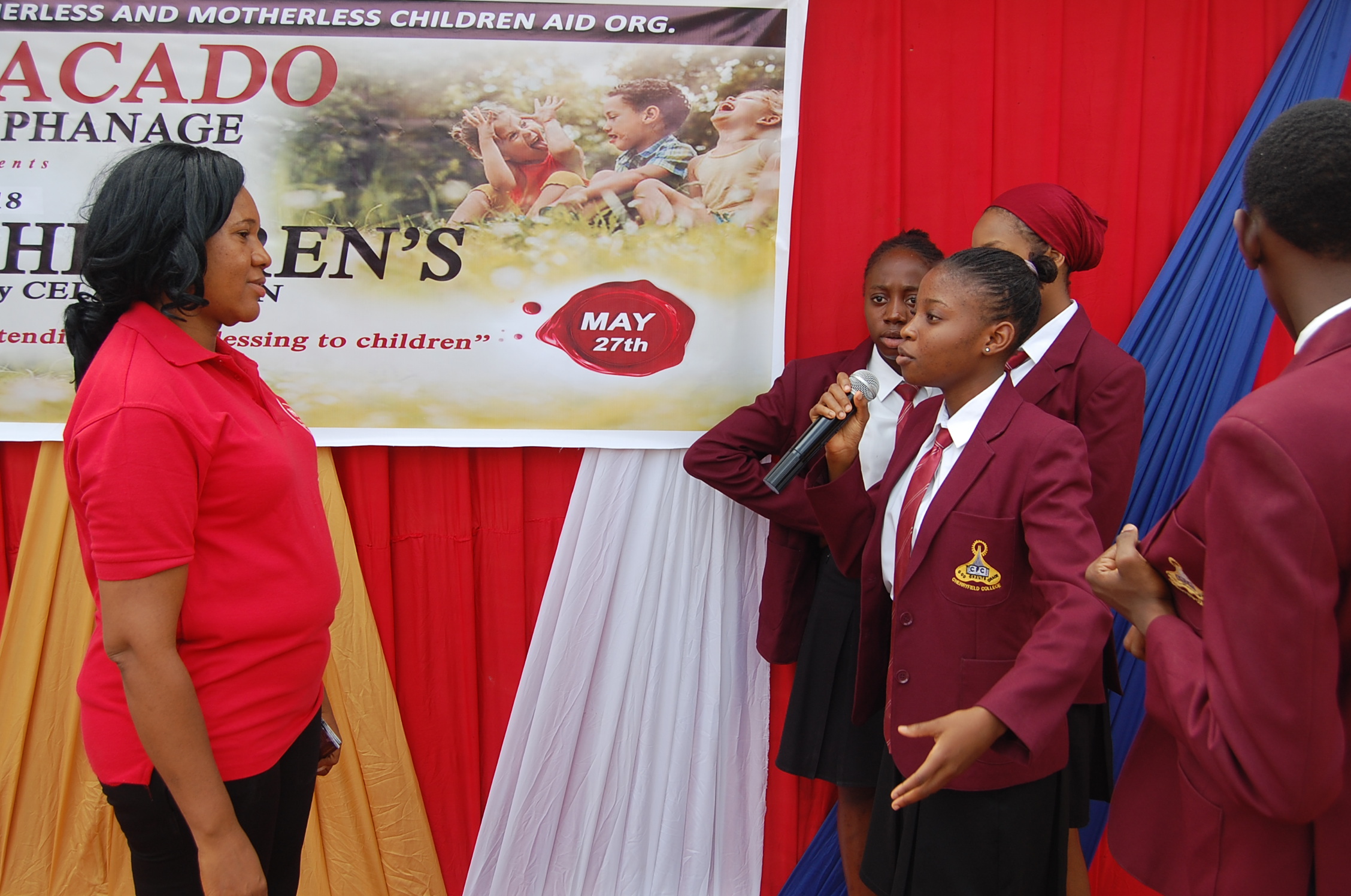 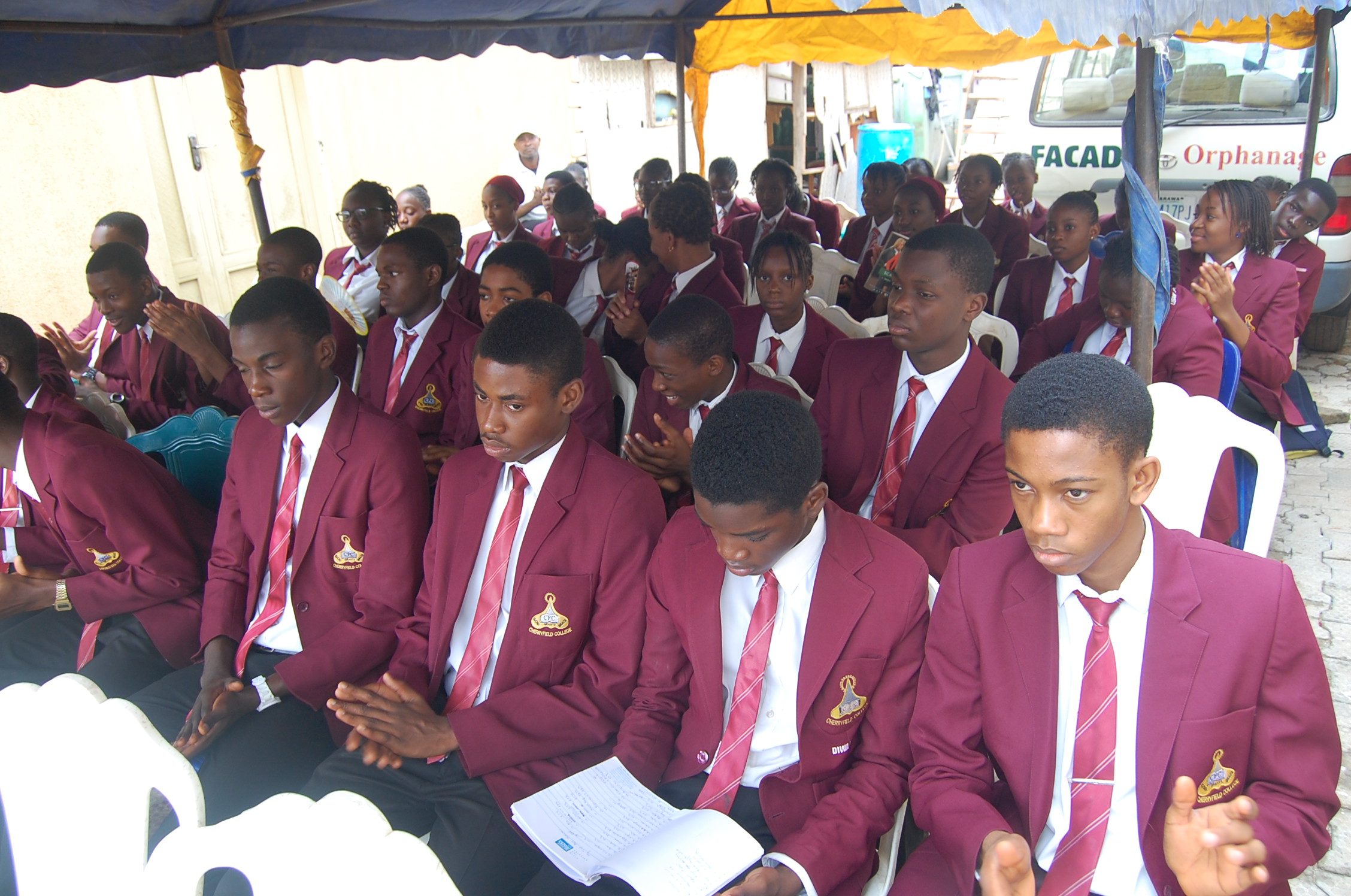 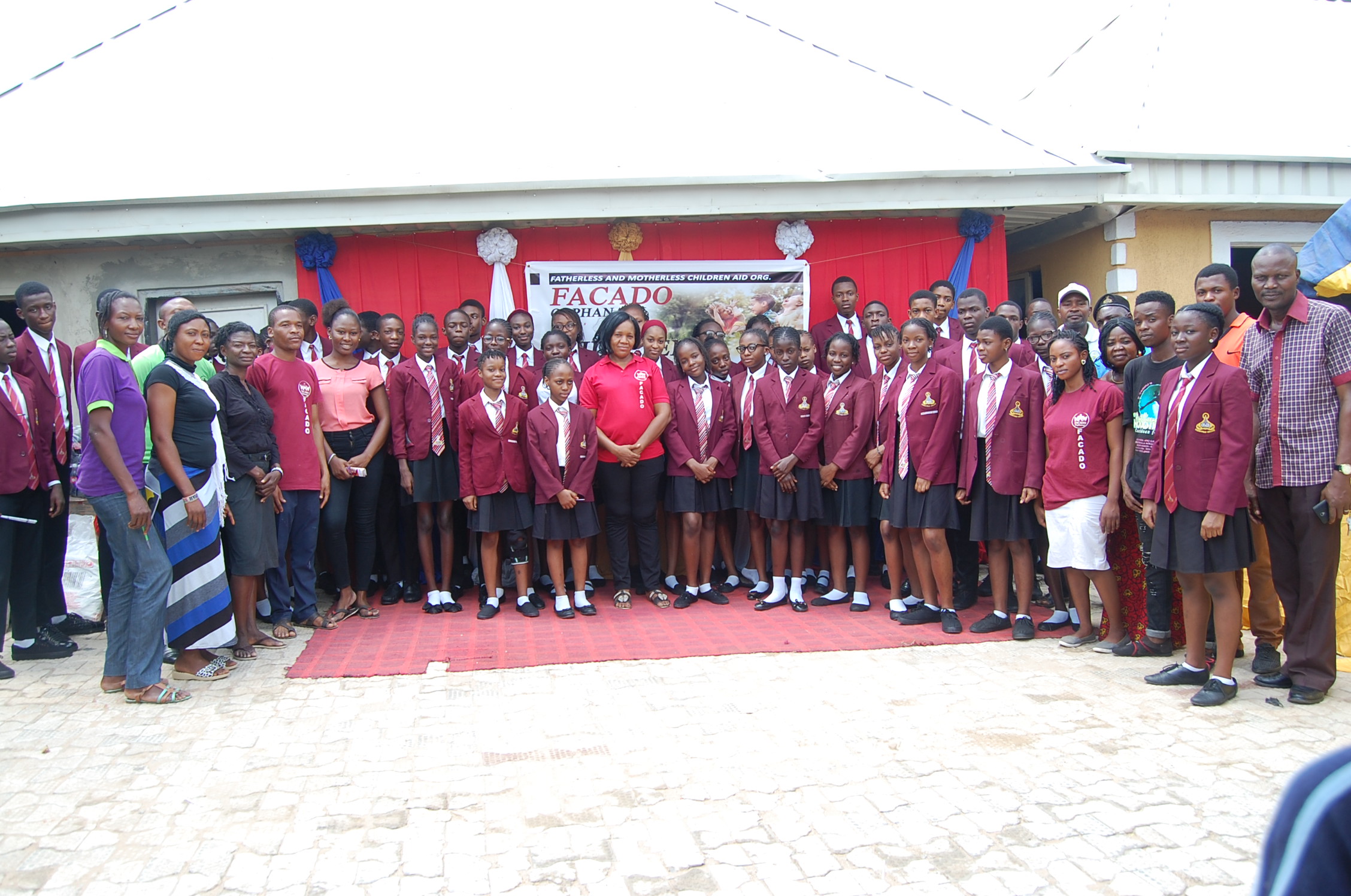 Upon the students and staff’s arrival at FACADO, they were received by the Proprietress and management team of the orphanage. This was followed by the opening prayer led by Miss Nwafor Chikamso, an SS2 student. Next was the introduction of the CFC visiting students and their accompanying staff. The Proprietress, Mrs Ngozi George, in her welcomed address, expressed her profound appreciation to the management, staff and students of Cherryfield College for deeming it imperative to pay a visit and make handsome donations to one of the homes of the privileged children here in the Federal Capital Territory (FCT). Continuing, Mrs George happily disclosed that FACADO is presently housing and nurturing thirty-seven inmates. According to her, the orphanage, though founded in 1994, later became fully operational on September 22, 2006 following its registration with the Corporate Affairs Commission (CAC). Expectedly, the vision and mission of the non-governmental organisation is to improve the living standard of the less-privileged and inculcate the virtue of the fear of God in them. In her supplication, she prayed God to grant Cherryfield College family its heart desires.

It was sad to note that the founder and Proprietress of the foundation is a widow. With this disclosure, our students were close to tears and emotional breakdown as a sign of empathy and compassion. The visiting students then took turns to encourage the Proprietress to remain dogged and unwavering in the face of any adversity, believing that God would certainly turn things around for her huge sacrifice to humanity would never go unnoticed by our creator. One of the club patrons, Mrs Akor Comfort, also lent her voice of encouragement to the management of the orphanage home stating that the grace of God is sufficient to make FACADO grow from strength to strength in spite of the prevailing economic crunch. The high point of the humanitarian visit was the presentation of the material gifts to the orphans and abandoned children of the centre by the patrons and executive officers of the Social Science Club on behalf of Cherryfield College, Abuja.

The visit was also marked with other exciting activities like debate competition and choreography performance. The topic of the debate was “Schooling in Nigeria is Better than Schooling Abroad”. At the end of the day, the opposing side won it by 33 to 31 points. Cherryfield College visiting students and accompanying staff were also treated to a highly spell bound and nerve cooling choreography entertainment by the orphanage in-mates of FACADO.

The outing came to an end at 2:30 pm with a closing prayer by one of the FACADO in-mates, following a vote of thanks by the orphanage Proprietress, Mrs Ngozi George.

To the rest of the students it was a day to remember given that the outing was eventful hence the students are looking forward to yet another superlative one in the near future.

Please view the pictures in the Gallery under visit to Orphanages.

All Rights Reserved By FACADO Orphanage

This is to inform the general public that “The Fatherless and Motherless Children Aid Organisation – FACADO Orphanage” currently located at Ado, Karu. Nasarawa State is a non-profit organization focused on her aim of incorporation and does not engage agents, privies, or third parties to reach out to the public on her behalf.

Do not deal with any individual or corporate body posing on behalf of the organization and trying to defraud you under the guise of child adoption, charity donations, employment, etc. For emphasis, we do not give out children for adoption.